Install GRUB on a spare drive

Due to a BIOS bug in my HP MicroServer I have been forced to applied a workaround.

The MicroServer Gen8 has a bug that prevents the use of the 5th SATA port as the primary boot device. It will automatically attempt to boot from SATA port 1 if a drive is inserted, then port 2 and so forth. By removing all the fixed drives it is possible to make the system boot from port 5.

It is however possible to boot from the internal USB port or the internal MicroSD slot by default. So to solve this issue we are going to install GRUB onto a spare MicroSD card or a USB stick. The size or quality of the drive should not matter since it is only needed for GRUB to jump to the drive present on the 5th SATA port.

First we need to correctly format the new disk as a bootable FAT drive.

Be very cautious when formatting storage drives. Executing a command on the wrong drive could have disastrous consequences.

Fdisk provides a shell where you can enter commands.

Now create a filesystem in the newly created partition.

Create a folder named “boot” on the drive 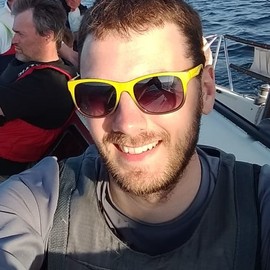 Electronic engineer with a strong focus on embedded software development.